That's how we live here, look. 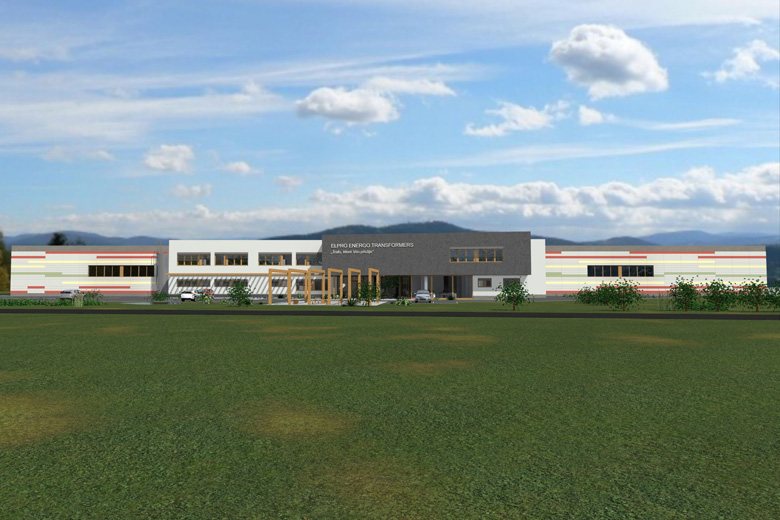 In September 2019, Elpro-Energo Transformers s.r.o. started the 1st stage of the construction of a new production hall of 6,500 m2 for the production of cores and active parts of oil transformers. From the very beginning, the architectural design of the building paid attention to the healthy living space of the employees by using as many natural materials as possible such as stone (concrete), glass and wood, bringing natural light to the workplace by using a large number of dome skylights for individual workplaces and underfloor heating in a concrete floor slab.

The fundamental requirement of us as a construction investor was to avoid metal (sheet metal) on the facade. Metal (sheet metal) sandwich panels, filled with either polyurethane or mineral wool, serving as thermal insulation of the hall, are today more or less standard in production halls. They combine a low purchase price and a trouble-free fire solution for the building. Unfortunately, many people do not know that sheet metal, like any metal, is electrically conductive and forms a Faraday cage inside the hall. This shielding effect causes a decrease in immunity of people who stay in such areas for a long time, first mental and then physical weakness, and may be the cause of very serious diseases. An adverse effect can also occur when the metal acts as a resonant antenna. We know this principle from a television antenna that amplifies certain frequencies. Again, this may cause health problems during a longer stay in such a place. Therefore, from the beginning of the project, a way was sought to avoid metal sandwich panels on the facade.

In the end, a way was found. The way that had to comply not only with thermal insulation requirements (comparable to the requirements for passive houses) but which is also a fire safety solution. We invented a sandwich whose supporting elements are vertical timber façade  joists- Posi Joist 250 mm- closed on both sides with a 15 mm Fermacell fiber gypsum board. The thermal insulation is created by blown- in insulation 250 mm Climatizer plus. As to the outer side of the facade, we decided to attach a diffuser foil with a UV filter to it, serving as a protection against UV radiation, rain and other weather conditions. Then, a wooden grate in the style of a ventilated façade was installed on the top and all was visually closed with Eternit Equitone fiber-cement façade panels. Every Equitone panel is unique, showing the raw, untreated texture of the fibre cement base material. Fibre cement is a cement composite material that consists of cement, cellulose and mineral materials, reinforced by a visible matrix.

For the reasons of statics, the vertical columns of the skeleton are made of reinforced concrete, but the entire roof is wooden; it consists of glued wooden trusses, the flap is made of planks covered by a vapor-tight layer formed by asphalt strips, thermal insulation from Bauder PIR panels th. 140 mm and Bauder Thermoplan foil 1.8 mm with a lifespan of up to 40 years. The light comes in the hall through 140 skylights. Thus, a compromise is made between the light supplied to the hall and the impermeability of heat radiation which was realized by the Heat stop dome preventing any unnecessary overheating of the interior, especially in the summer months. The skylights will have both a ventilation and flue function for smoke and gas extraction in the event of fire. The load-bearing capacity of the roof also includes the possibility of later installation of photovoltaic panels.

The last feature of the hall is underfloor heating. The solid concrete slab of the hall will be used as a heat capacitor, which will pleasantly temper the well-insulated hall and heat it to the required temperature. We have divided the entire area of the hall into 10 separate heating circuits, each of which will have the option of its own equithermal regulation according to the needs for heating in a given place. 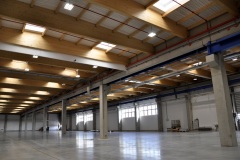 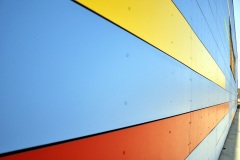 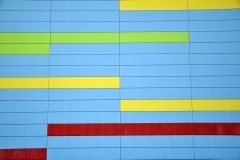 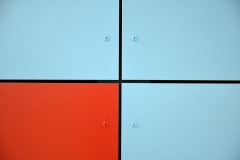